Do You Understand The Development Of Storage Shelves?

Nowadays, with the rapid development of the economy, Commercial Storage Shelving Units have appeared in all walks of life and become the main force for storing goods, and the storage shelves for sale are also increasing. Warehouse shelves are mainly different from supermarket shelves. In addition to the storage function, another important function of supermarket shelves is the display function. Do you understand the history of the development of storage shelves? Let's take a look at the Warehouse Storage Racks Manufacturers.

Commercial Storage Shelving Units have gone through three stages: manual and mechanized storage stage. Automatic storage stage; and intelligent storage stage. In the manual and mechanical storage stages, the transportation, storage, management and control of materials are mainly achieved through manual and auxiliary machinery. Materials can be moved and handled by various conveyor belts, industrial conveyors, manipulators, cranes, stackers and elevators. Shelf pallets and mobile shelves are used to store materials. Mechanical maintenance equipment can be operated manually. Limit switches and spirals are used. Mechanical brakes and mechanical monitors are used to control the operation of equipment. Mechanization meets people's requirements for speed, accuracy, height, weight, repeated access and processing, and its real-time and intuitiveness are obvious advantages. 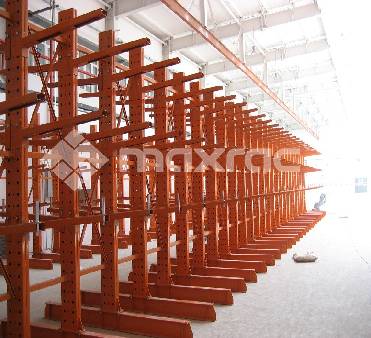 Automation technology plays an important role in promoting warehousing technology and development. Since the late 1950s, systems such as automatic guided vehicles (AVG), automatic shelves, automatic entry robots, automatic identification and automatic classification have been developed and adopted. By the 1970s, rotating racks, moving racks, aisle stackers and other loading and unloading equipment were added to the ranks of automatic control, but only the local automation of each equipment and its independent application were called "automation islands". With the development of computer technology, the focus of work has shifted to the control and management of materials, requiring real-time, coordination and integration. Communication between computers, data collection points, and mechanical device controllers can summarize information in a timely manner between them and the host. The warehouse computer will record the order and arrival time in time, display inventory, planners can easily make supply decisions, and management staff can always understand the supply and demand. The application of information technology has become an important pillar of warehousing technology. By the end of the 1970s, automation technology was increasingly used in production and distribution.

Continue to conduct research on the basis of automated warehouses to achieve integration with other information decision-making systems, and develop in the direction of intelligence and fuzzy control. Artificial intelligence has promoted the development of warehousing technology, namely intelligent warehousing. At present, intelligent warehousing technology is still in the initial development stage. The intelligentization of warehousing technology in the 21st century will have broad application prospects. In the early 1970s, China began to study three-dimensional warehouses using tunnel stackers. In 1980, China's first automated 3D warehouse developed by the Beijing Machinery Industry Automation Research Institute and other units were put into operation at the Beijing Automobile Manufacturing Plant.

Although storage shelves have gone through these three stages, this does not mean that each stage is a transformation from old to new. For our shelf analysis of market demand in recent years, these phased developments are simply the expansion of shelf functions. Several types of shelves are still widely used in various fields.

前へ: What Are The Benefits Of Using Shelf Inventory Management To The Warehouse?

次へ: What Is The Correct Maintenance Method For Warehouse Shelves?